The West Somerset Railway is Britain’s longest standard gauge steam railway and runs for twenty miles from Bishops Lydeard – which is four miles from Taunton - to Minehead.

For the first half of its journey the Railway passes through the Quantock Hills, a designated area of outstanding natural beauty, and for the second part the trains follow the coastline between Exmoor and the Bristol Channel.

Services run for most of the year, on selected dates in January, February, March, April, May, October, November and December and daily in the peak part of the holiday season.

The WSR regularly carries over 200,000 passengers per annum and holds a number of Special Events during the year, information concerning which can be found on the website. 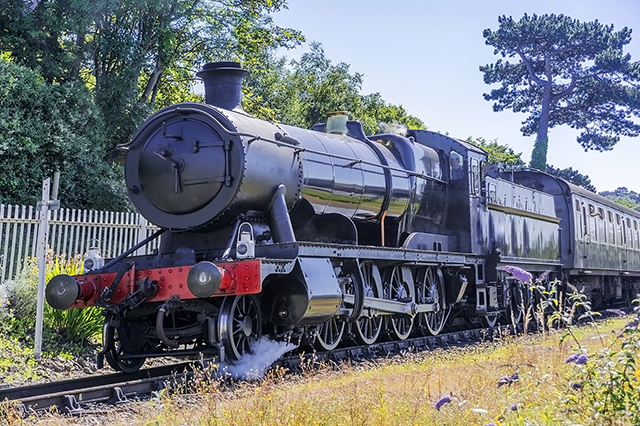